Welcome to the first installment of “Justin Case You Care”, obviously a play on my first name. My goal is to post something every Friday that is just a collection of random thoughts. Of course I will talk about any UofL sports news that is on my mind, but I may also go into other things, such as music, working out, fantasy football, and so on.

The title is perfect for me. I downplay everything. My attitude is pretty much that you may not care about any of this, but I am going to get it out anyway. If you enjoy it, great. If not, thanks for taking the time anyway. With that, let’s dive in and see what happens…

This new site that you are reading this on launched on August 1, less than two weeks ago. I have to thank Dave, James, and Josh for trusting in me to pretty much create it with all the freedom I wanted and write whatever and whenever. Personally, I love the layout and I think it looks great. Special shout out to Tim Haag for the background photo at the top. It looks phenomenal.

The site has gotten off to a great start. We have posts with recipes for your tailgate, troll posts about BBN, and then the occasional post about actual UofL news. Those will be rare, so we don’t turn into every other site, but they will happen sometimes. When the season starts in less than three weeks, we will also be able to add some photos and videos from tailgates, so that will be good to include the fans on the site. After all, that’s what we are.

Thank you for all of the support and checking it out so far. It will continue to get better.

This is where I stray off into other things. I just finished watching the series “Breaking Bad” on Netflix today. I have never really been one to watch full TV series, other than something like “The Office” or of course “Saved by the Bell” and “Boy Meets World” as a kid. So needless to say, I haven’t watched a lot of the recent popular shows.

The first show I watched on Netflix was “Friday Night Lights” and I absolutely loved it. So at the recommendation of my friend Derek Lindsey, I went for “Breaking Bad” next. It did not disappoint. That is an understatement. I loved it. I won’t ruin anything for those that have not seen it. But if you are on the fence or looking for your next show to watch, this one gets my recommendation for sure. I couldn’t imagine having to wait a week between shows. And months between seasons? No way! 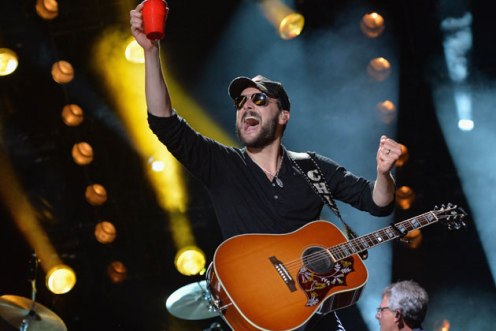 If you know me, you know how I feel about Mr. Eric Church. I won’t go into full detail here, as I am sure he will be mentioned in future JCYC editions. But I have been going to his shows since 2007, and when I see him in Lexington on September 2, it will be show number 24 for me.

Just the other night, before playing a show at the famous Red Rocks Amphitheater in Colorado, Eric’s 2017 tour was announced. There is no Louisville date, but there is Cincinnati, Indianapolis, and Nashville. If I get my way, I will be at all three! But the coolest part about this tour is that there is no opening act. Church will play two full sets with an intermission in between. Just incredible news. Or is that Justin Credible news? You pick.

If you aren’t familiar with Eric Church or you think he is just like anyone else in today’s country music world, I will leave this here for you…

AdvoCare, an amazing health and wellness company that I am a distributor for, released a new flavor of Spark this week: Blue Raspberry. If you enjoy the taste of cotton candy, this is for you. And it’s healthy! As soon as I could, I ordered a canister and three boxes for myself and to give out samples to those interested. The taste is awesome, but how it makes you feel is even better.

Because of Spark, I have not had coffee or an energy drink since early January of this year, which is a big accomplishment for me. I won’t go into too much detail here. Just know that it is amazing. Contact me if you want to know more.

I have played Fantasy Football since 2009, but I have never been more into it as I am these days. I am currently entering year 3 of a Dynasty league, starting year 1 of a Superflex Dynasty, and have the usual Redraft league that I have been in since that first year in 2009.

But I have definitely stepped my game up this year. I listen to podcasts nearly everyday, and my two dynasty teams are built to win now and be good in the future, the perfect combination. Since I have given a couple shout outs in this post, here is one more for Nick Albro for challenging me to step my game up in the world of Fantasy Football. It certainly makes Sundays a lot more fun, along with the rest of the year since it is a Dynasty format.

If you ever have questions about who to draft or who to play in the next week’s matchup, I would be happy to help. I feel more confident in this area than I ever have before. Not saying I will get it right every time, because who does that? But I will know what I am talking about at least.

If you made it this far into the post, I am sorry you have nothing better to do on your Friday! But I certainly appreciate it, that’s for sure. Like I said, I hope to do something like this every week, and cover any topics that come to mind. Something more open-ended and fun heading into the weekend.

Thanks for reading…Go Cards!