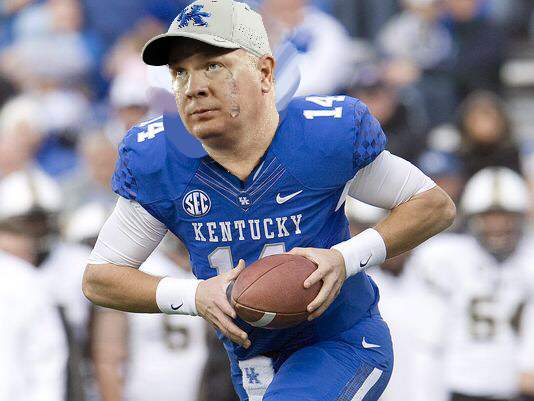 Back in the April, uk announced that they had over 28k attend their Spring game. That number was a bit over-inflated, like 20k people over-inflated. We thought that was kind of stupid for them to try and claim such a successful turn out when pictures from the Spring game clearly showed a sparse attendance. In all honesty though, would you expect any different? bbn football has been pathetic for a really, really long time and that got us thinking. What are some of the other reasons the wildcats are so terrible at the one sport their conference gives a shit about? 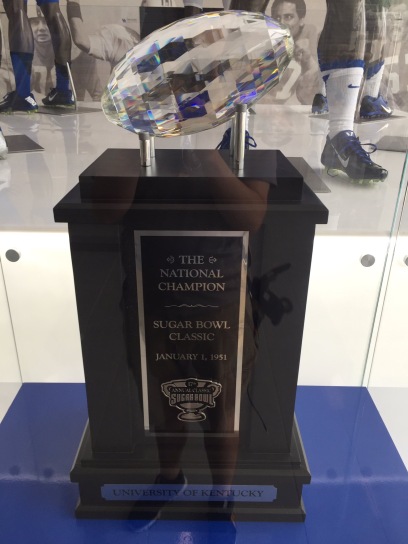 • Claimed national championship
I think even the biggest bbn fan would agree this is a joke. You didn’t win the ‘chip! Oklahoma was the champion, and yes you beat them in a bowl game that year, but they were already crowned the champ before it happened. Jeff Sagarin used his computer model to retroactively determine the highest ranked teams for the years prior to the BCS. His champion for the 1950 season was Kentucky, but again, Oklahoma was crowned champ. So, if you choose to claim that, you’re a terrible person. Fake ass trophy having mo….

• Only two conference championships
You are a charter member of the SEC; you’ve been playing football in that conference for 84 freaking years and have only two championships to show for it. One would think just by dumb luck you might have won at least 3. Pathetic!

UK started playing football in 1892, and you’ve only made it to 14 bowl games. This was more understandable back in the day when there weren’t many slots to fill because of the lack of bowl games, but you have ZERO excuse for your recent run of not making a bowl. We will give you credit for a winning bowl record though, 8-6 congrats!

You have a winning streak against a whopping 3 sec schools and they aren’t impressive either. Missouri (1 game), Mississippi (1 game), South Carolina (2 games)

• Current SEC losing streaks
10… There are 10 teams that beat your ass on the regular, for a combined 58 games in a row.

• Overall Conference record
171-399 (.307)
You have a losing record against 9 teams, are tied with 3 teams and have a one game advantage on Arkansas. Good job guys! 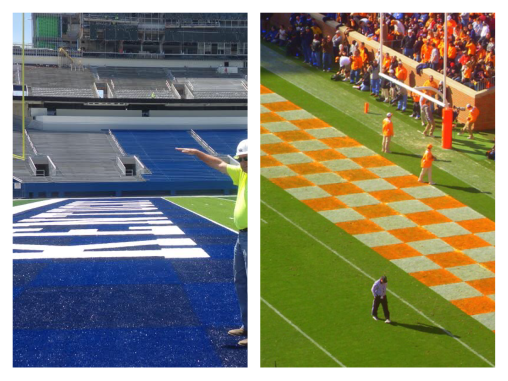 • End-zones
Last season you installed new field turf and decided to have checkered patterns in the end-zones. Guess what? That’s Tennessee’s thing! Get your own damn tradition.

• Wouldn’t play Louisville at Old Cardinal Stadium
You refused to play at Old Cardinal Stadium, like you were on some level of elite college football royalty that couldn’t be seen doing so. All mighty uk was just too good to play in Louisville. Well guess who thought OCS was just fine to play in: Tennessee, FSU, Mich St., TAMU, Miami, just to name a few. You aren’t on their level and never will be, yet they still gave the Cards a visit. It’s called respect, learn to give some. Petty and pathetic of uk.

• SEC… SEC… SEC…
WHY?! Why do you chant SEC? We hear it every time Bama wins a chip. SEC… SEC… SEC… Guess what? Alabama, nor the rest of the SEC, gives two shits about Kentucky football. In fact, you embarrass them. Why do you get pleasure riding others coat tails? They don’t chant SEC when uk basketball is kicking ass. So just stop already.

• The SEC excuse
We hear it every year, “You don’t get it! We’re in the SEC, that’s why we can’t win!”. There’s a couple things wrong with this. 1) You’ve been in the SEC for 84 years. We think that’s plenty of time to get your recruiting and coaching up to par. 2) You can’t chant SEC and stick your chest out like you’re the greatest ever, then turn around and cry that the SEC is too hard. It doesn’t work like that. Freaking cry babies.

• This is our year
From May to July, Kentucky is a powerhouse football program. Bigger, faster, stronger. You tell us about your recruits (YAHTZEE!)! You tell us this is the year, the year UK turns it around. Perhaps you win a few games against some shitty opponents and get the hopes up, but it never fails, come end of September your team is terrible again and it’s on to basketball.

You had to go and mess up a good thing. It wasn’t working out like you wanted, so you moved the game back to the third game of the year when it was at your place. Luckily for you, the ACC and SEC agreed to make it a rivalry week game, or maybe not so lucky…… 0-2

• Using basketball in a football argument
This is how a typical football conversation with bbn goes.
RRTG: can’t wait for football, going to be a fun year!
BBN: STOOPS TROOPS!
RRTG: He’s 4-20 in the SEC, think he can turn it around?
BBN: YAHTZEE!
RRTG: Yes we’ve heard that before but it’s not seeming to pan out.
BBN: Well we gots 8!
RRTG: 8 what?
BBN: National Championships
RRTG: Who cares, we’re talking football.
BBN: Well um…. Cal owns Rick.
RRTG: Have a nice day sir.

• Terrible coaching hires
You fired Joker for Stoops and at this point they are nearly identical.

Yea Stoops is recruiting better, but look a little closer at recruiting. He came on strong but you can’t sell the same horse shit after three years of nothing. So expect recruiting to suffer. uk has good players, they always have, they just don’t have resemblance of depth and this staff along with every other staff doesn’t seem to develop talent very well. The players from uk that have shined in the NFL would have done so regardless of what school they attended.

Western owns you, so you took your ball and went home.

•Bobby is yo Daddy

Just wanted to throw that fact at you

• FIVE IN A ROW
Honestly, this is nothing to be ashamed of. Losing to a rival that is superior is to be expected. We trust it will be 6 in a row come season’s end.

We know this is a total troll post, and we don’t really care. Just look at it this way, if your rival can’t troll you, then who can? Take care everyone and we’ll see you in the tailgate lots.

One thought on “Why BBN football is kind of a Douche”