Around three to four years ago, we at the RRTG decided to start handing out trophies during our tailgates. Trophies…. at a tailgate? Yes! Every tailgate, we award a Tailgate MVP trophy to the person most deserving. It could be that you brought some food that was incredible. Maybe you sang a beautiful rendition of “How Can We Be Lovers” by Michael Bolton!

Perhaps you put out a fire that kept the whole tailgate from burning to the ground (actually happened). Whatever the reason, we hand out an MVP every game. The trophies started out as your pretty standard trophy. 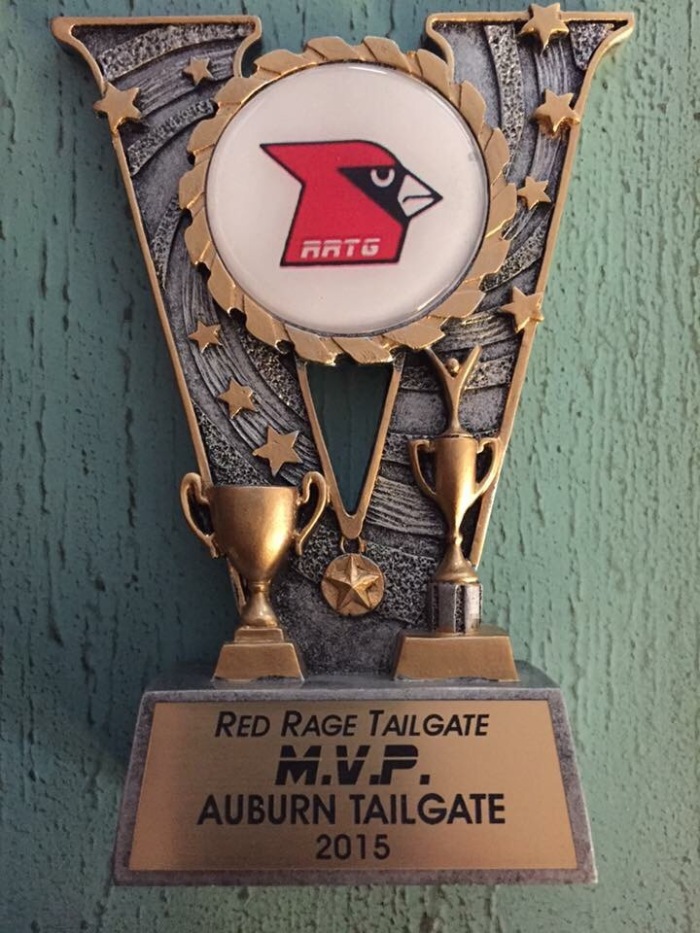 But once we formed a sponsorship with Jason Malone and his staff at Awards Center, the trophies really started to become ridiculous! The stuff they can do with really any type of award is incredible. Every time we pick the trophies up, our jaws usually hit the floor. Last year they came up with these beauties. 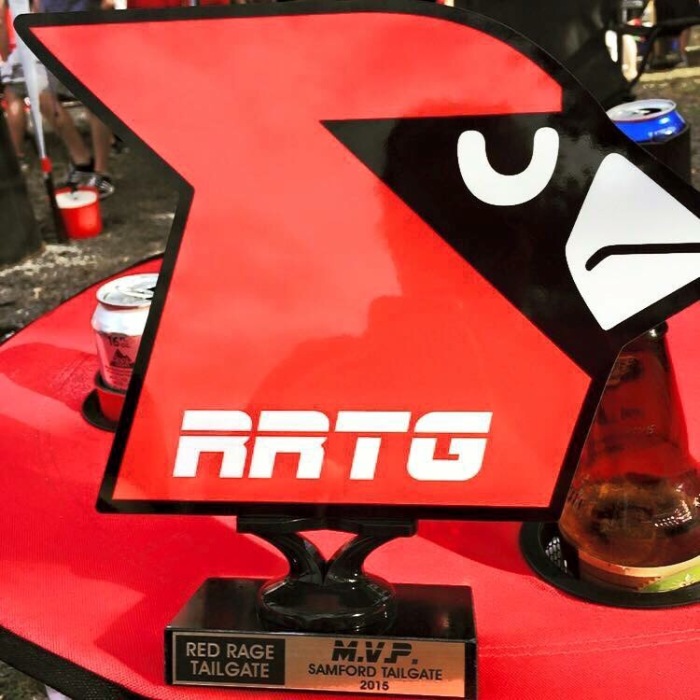 As you can see, they are really badass and actually quite beautiful. People in general love getting any type of award but when they see these, their excitement level is off the charts. It’s funny because almost every time we hand it out, people don’t realize they get to actually keep it. We’re guessing the quality is so great the recipients can’t believe we just give them away. As you can see below, they get very excited. 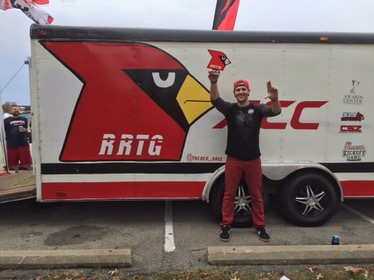 Last season we started awarding “Tailgate of The Week” trophies along with our usual tailgate MVP and as you can guess, those also went over very well! 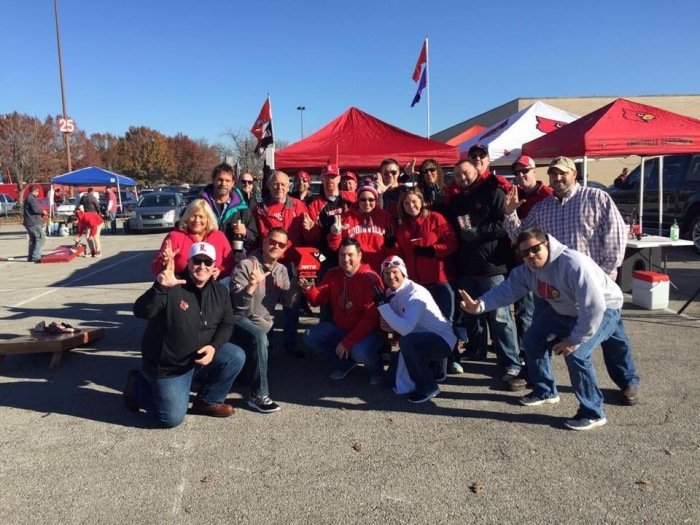 Not only has Awards Center done a fantastic job on the MVP awards, they’ve also done some really cool special edition awards for us. 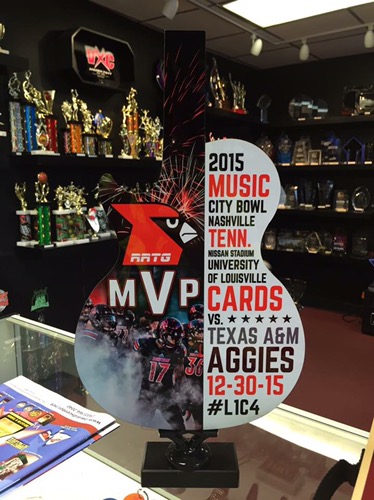 For the Music City Bowl, they came up with a Nashville themed trophy. We can’t lie, when we first saw this we wanted to keep it for ourselves. Really that’s the case most of the time. Their stuff is just that good. After coming up with the MCB trophy they turn around and come up with another off the wall, but insanely awesome trophy for our Bloody Mary Challenge during the spring game tailgate.

Honestly you really don’t even need to give these guys much direcrion. They have a really talented staff, and they aren’t limited to your everyday trophy either. They have all kinds of cool stuff they can do for you. They made us mini cornhole boards.

And now even engrave Yeti, RTIC and Ozark products. Check out this personalized RRTG cup. 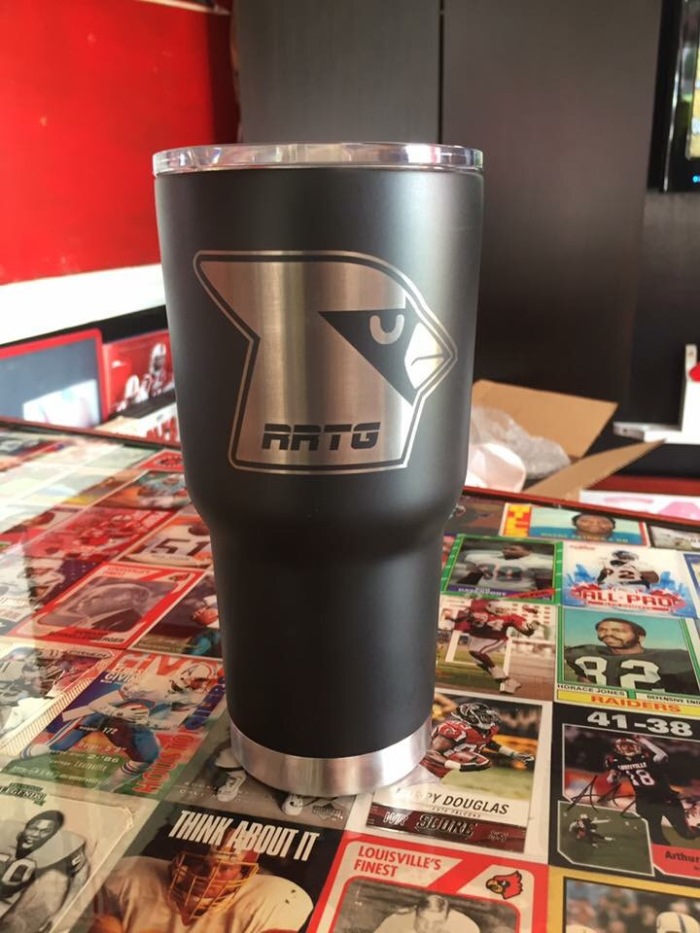 Once again this season, Awards Center is stepping their game up even more. The MVP trophies for the Charlotte game were super sweet. 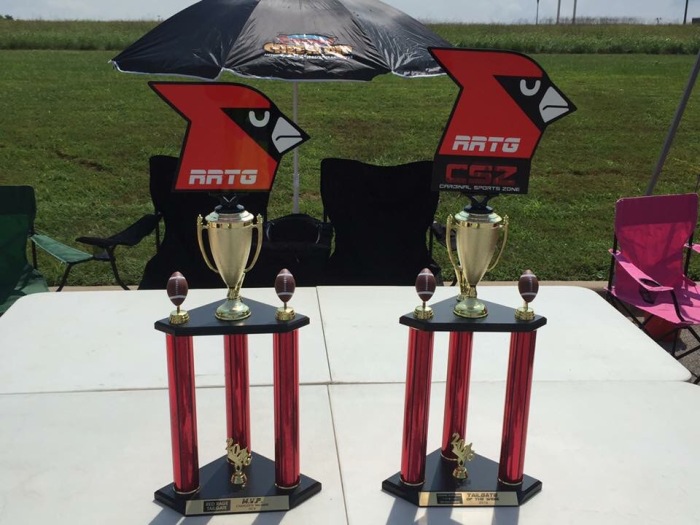 But the Championship belts they are making for the FSU game might be the most beautiful site these eyes have ever seen. 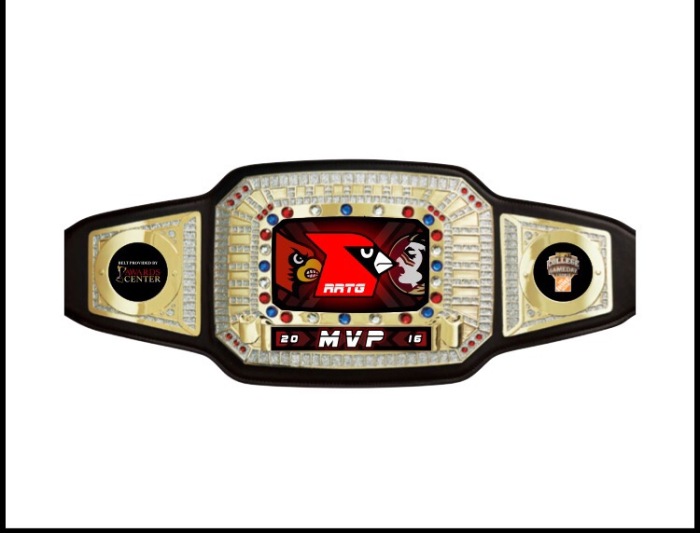 So if you’re reading this and are in need of any kind of award, trophy, championship belts, championship rings, really anything you can think of, please stop by 4415 St. Rita Drive and give our guy Jason a shout. He and his awesome staff at Awards Center will certainly take great care of you. We know we wouldn’t go any place else!