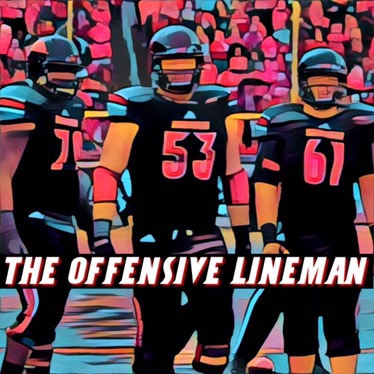 What it is RRTG? Here we are, GameDay Week. The biggest week in UofL Football history and it’s taking forever to get to Saturday. I am not going to pretend to be an expert that breaks down film and gives you analysis, because I’m not. I’m just a football fan that loves the game. Why am I writing this? Because my cousins own the Rage and they asked me to. I know a lot of people were nervous about Syracuse, but like I told the RRTG guys, nothing to worry about. Told them we would come out and take care of business and we did more than that. Lamar made the nation take notice of UofL football and he deserves the attention that he is getting.

But let me take a minute to mention some other folks that deserve a little praise, The Union (you had to know that a guy whose segment is called the Offensive Lineman would talk about the OLine.) Our OLine played pretty damn well. They gave Lamar time to find his receivers down field and opened some lanes in the run game. I know there was some concern about how they would play after Charlotte got some early pressure, but I think they stepped up in a big way. Good work guys. This week will be a much bigger challenge, but I believe you are up for it.

This week’s game is going to be a lot more challenging than last, obviously, but I feel the buzz and can’t wait. I think Big Game Bobby is going to have the guys ready to play their asses off. He’s been in this position before and has a perfect record against ranked teams at PJCS, when he’s coaching a ranked team. (I read that somewhere, so don’t blame me if it’s wrong, I told you I don’t research this.) Honestly, I feel like we’ve kept the playbook pretty vanilla so far and expect that to change this week. I also feel our D is going to play like they have something to prove after the 2nd half last year. I also will not feel safe with any lead until the clock is at all 0’s.

FSU is well coached and Jimbo is great at halftime adjustments. We are on the national stage Cardnation, so let’s show out. Get to the GameDay set or to the RRTG bright and early. Not sure if you heard, but SportsCenter heard that RRTG was the best tailgate in the ACC and plan on doing a live segment around 7 am from Lot H at the Fairgrounds. Get into your seats before kickoff and rock this mother f*cker out.

One last thing, a few tips for tailgating and the weather…

– Get there early, leave early and get to your seats at least 10 min before kick.

– Have everything packed and ready to go the night before, no wasted time in morning.

– It’s supposed to rain, don’t be afraid to get wet.

– Pick up a poncho. They are $1 at Big Lots or the Dollar General.

– Finally, do everyone at tailgate and the game a solid. Drop a deuce before you leave the house. I know I hate stumbling into a port-o-pot and seeing a stinky, chocolate soft-serve ice cream cone looking back at me.