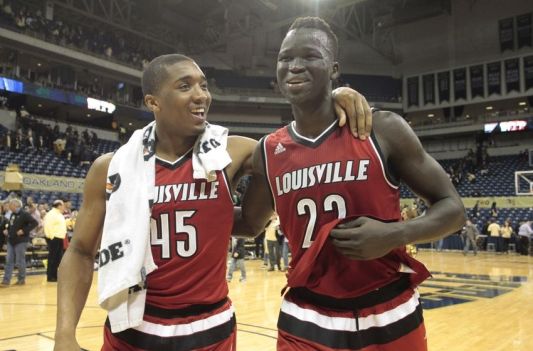 Eamonn Brennan of ESPN.com released a college basketball Top 25 and has the Cards in at number 14. That’s fine. These rankings don’t really mean a thing. But Brennan says that there may be distractions this season, although I am pretty sure those were last year. And then pretty much says that the team is full of no-names. Donovan Mitchell and Deng Adel would disagree. Here is what he had to say about the Cards.

14. Louisville Cardinals
There may be times this season when certain, let’s say, distractions make it difficult to focus on the quality of Louisville’s actual basketball. We won’t go so far as to call that a shame; given the circumstances, it probably tops out at “bummer.” Still, though: Rick Pitino will take McDonald’s All-American V.J. King and Penn transfer Tony Hicks and a bunch of dudes an average college basketball fan couldn’t pick out of a lineup and mold them into a terrifying, amorphous defensive beast. Pitino always does, and it’s always worth appreciating.