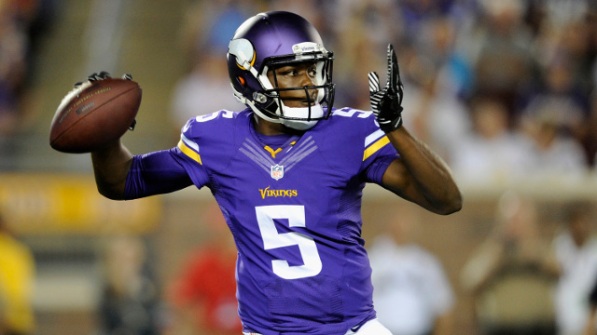 Tim Keown is a senior writer for ESPN.com and he just posted a fantastic article about reliving Teddy Bridgewater’s horrific leg injury back in August. It is hard to say that something like this is “fantastic”, but it really is. The best articles should bring out some sort of emotion in you. And if this doesn’t, I don’t know what will. He gets some of the players to recount what they saw and heard in the moments of Teddy’s injury. I will post some of the excerpts here, and then link the full post at the bottom. You want to read it.

“It was very surreal,” Boone says of Bridgewater’s injury. “Sometimes you forget how brutal this game can be.”

Minnesota’s coach, Mike Zimmer, canceled practice. NFL teams never cancel practice. The game never stops. In a way, it’s a repudiation of Next Man Up to send everyone home — an acknowledgment that some injuries transcend the transactional. Sometimes, even in such a brutal world, circumstances dictate that the next man can’t reasonably be expected to step up, at least not right away.

“It happened at the beginning of practice, and obviously Coach made the right call to cancel,” Vikings quarterbacks coach Scott Turner says. “We weren’t going to get anything done that day.”

Smith swung around to the receiver and saw that he was looking toward the backfield. He was reacting to someone else’s pain. Smith followed his eyes to see helmets flying and teammates jumping away like the grass was on fire. He heard them screaming, and Bridgewater screaming, and he saw powerful men rendered powerless.

MATT ASIATA WAS maybe 10 yards away from the 30-yard line, right hash, when he heard a burst of noise he couldn’t identify. He looked back and saw Bridgewater on the ground, and saw the bodies scatter, and saw the helmets popping off his teammates’ heads like so many bottle caps. They all remember the scattering bodies and the flying helmets, no matter where they were. The next thing Asiata heard was the voices, all the voices, people going crazy, with Bridgewater’s a few registers above the rest.

Asiata couldn’t quite comprehend it. He had just seen him in the huddle, had lined up behind him at running back for a play in a noncontact drill. Nobody ever gets badly hurt in a noncontact drill. Asiata listened to the screams and thought: He must be faking it. It’s a prank, something Teddy thought up with the linemen. This can’t be real.

Running back Jerick McKinnon shakes his head slowly when asked to describe what he saw that morning. He looks toward the practice field, to the 30, right hash.

HE JUMPED AWAY, scattering with the rest of them. He thinks he threw his helmet, but his memory isn’t trustworthy on this subject. Alex Boone’s first thought was, Holy f—, did that really happen? It felt like an electrical surge traveled up his spine, the way you feel when helplessness collides with empathy. He yelled. Everyone who was in Bridgewater’s immediate vicinity yelled, and the yells emanated outward, to the linebackers and receivers and defensive backs, like echoes. The ones closest looked down and saw Bridgewater’s left leg bent at an unnatural angle and let their screams mingle in the summer air, right along with his.

Click here to read the full article on ESPN.com.

One thought on “Powerful piece about Teddy Bridgewater’s Injury”