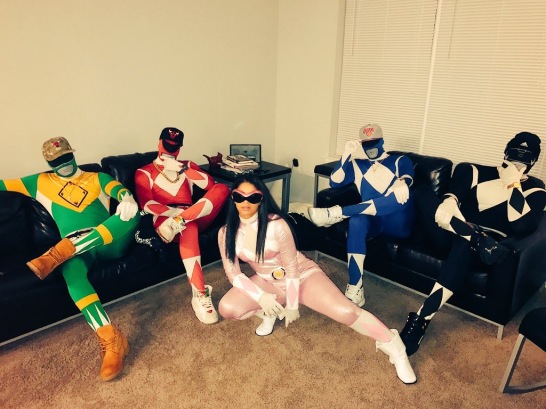 Louisville tight end Keith Towbridge tweeted a picture of what we believe to be some UofL football players dressed up as Power Rangers. Howie Lindsey asked him who is who in the photo, but Towbridge would not give it up, saying that “I can’t tell you everyone’s identity haha.” The true Power Ranger way, you can’t let people know.

I see there are two Bulls fans and a Knicks fan amongst the Rangers. The world may never know who is who, and that’s the way it should be.