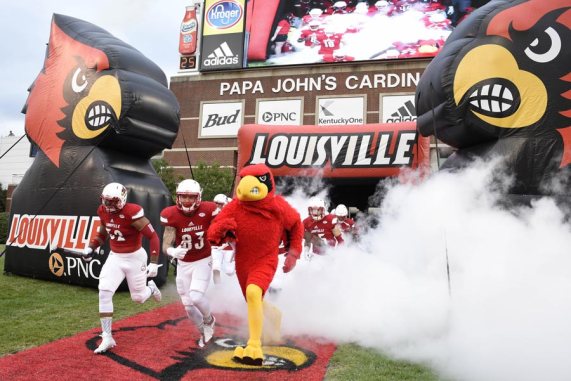 After the latest rankings were released on Tuesday night, the chairman of the College Football Playoff Committee, Kirby Hocutt, did about a 20-minute teleconference with reporters. The Courier-Journal’s Steve Jones asked a couple of questions specifically about Louisville. This is what Hocutt said about the Cards and why they were 5th.

I was wondering as far as the teams, I guess 3 through 5 there, Michigan, Clemson, Louisville, Louisville’s loss obviously was to Clemson, but I guess irrespective of the fact that it was Clemson itself, but just that they were a very highly ranked playoff contender themselves, versus the other two were to unranked teams that Michigan and Clemson lost to, how do you evaluate the, quote-unquote, quality of a loss or a good loss, or if that was as much of a priority?

The other follow-up I had is obviously Louisville has Lamar Jackson, who’s kind of a unanimous Heisman favorite at this point. Does something like that ever come into play, well, this team has the best player so surely that makes them one of the best teams, or we should have them in our playoff because they have such an elite player? Does anything on that level come into the discussion?