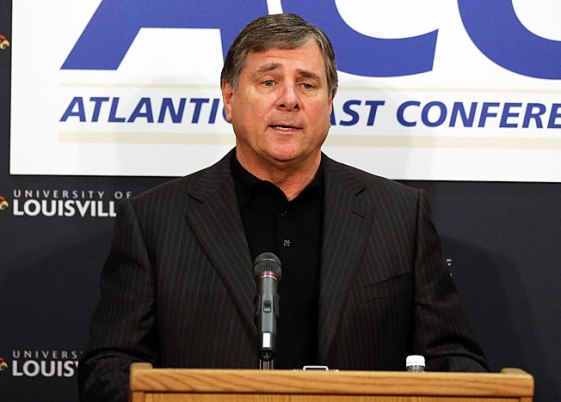 On a Saturday morning radio show on 1350 AM WLOU, Tom Jurich addressed the realistic possibility that the University of Louisville could leave the KFC Yum! Center and build their own arena on campus. Phillip Bailey wrote about it in the Courier-Journal.

“I can be honest with you, over on our campus we’re very tired of all the rhetoric,” Jurich said on “D&D Spill the Tea.”

Jurich suggested the university could build its own arena on the Belknap campus where 22 silos once stood near Interstate 65 and host men’s and women’s basketball games there.

Speaking with the show’s co-hosts — former Councilwoman Denise Bentley and attorney Dawn Elliott — Jurich said the university would help with any problems associated with the arena’s debt, “but I don’t want to be the only one that helps.” He then said that it is clear that U of L isn’t wanted downtown even though the Yum Center has been an economic boon for the central business district.

“The city’s made a lot out of this deal, and look at what it has done to downtown,” Jurich said. “Where did this new Omni Hotel come from? You think they’d have come down there without the Yum Center, I don’t think they would.”